Soon we will present to your attention a new version of the site nordfox.ru.

The updates affected not only the design of the site, but also its functionality.

We tried to make our new site as convenient and informative as possible.

And the interface is clear, friendly and modern. 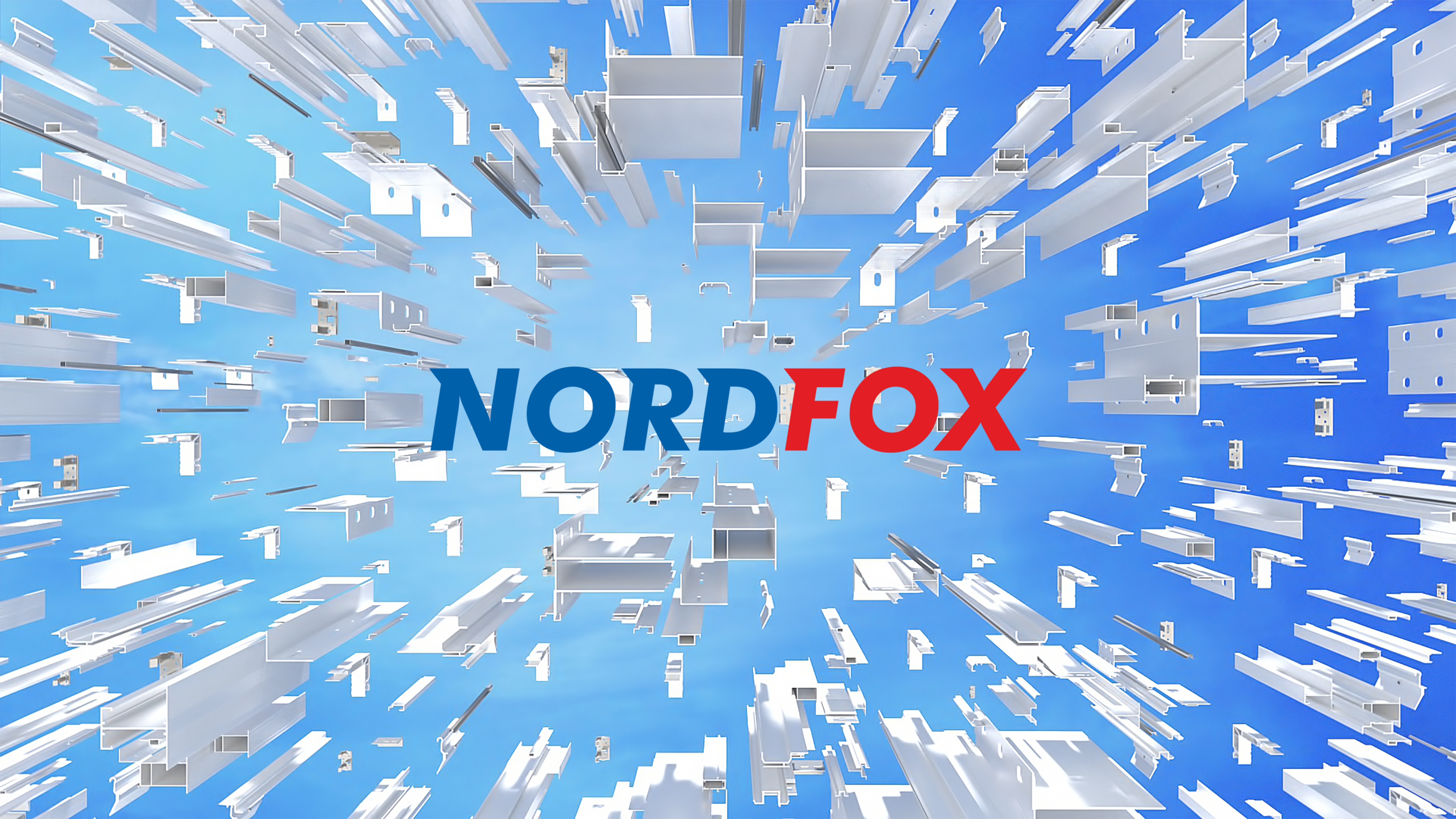 The customer of the construction is MR Group Company, General contractor is SU 10.

This object is designed by Speech Architecture Bureau.

Complex contain three brick towers with a height more than 100 meters and stylobate.

The architects Mr. Igor Chlenov and Mrs. Anastasia Kozyreva decided to use a ventilated facade system with Feldhaus Klinker clinker tiles to imitate the brickwork.

It was realized for the first time in the world in high-rise construction.

The uniqueness of the ventilated facade system with clinker tiles is fast installation times. Subsystem and tiles fixing can be out year-round with any air temperature.

Joints are filled easily with finishing grout right from the cradles on the almost finished facade at air temperatures from +5 degrees and above. 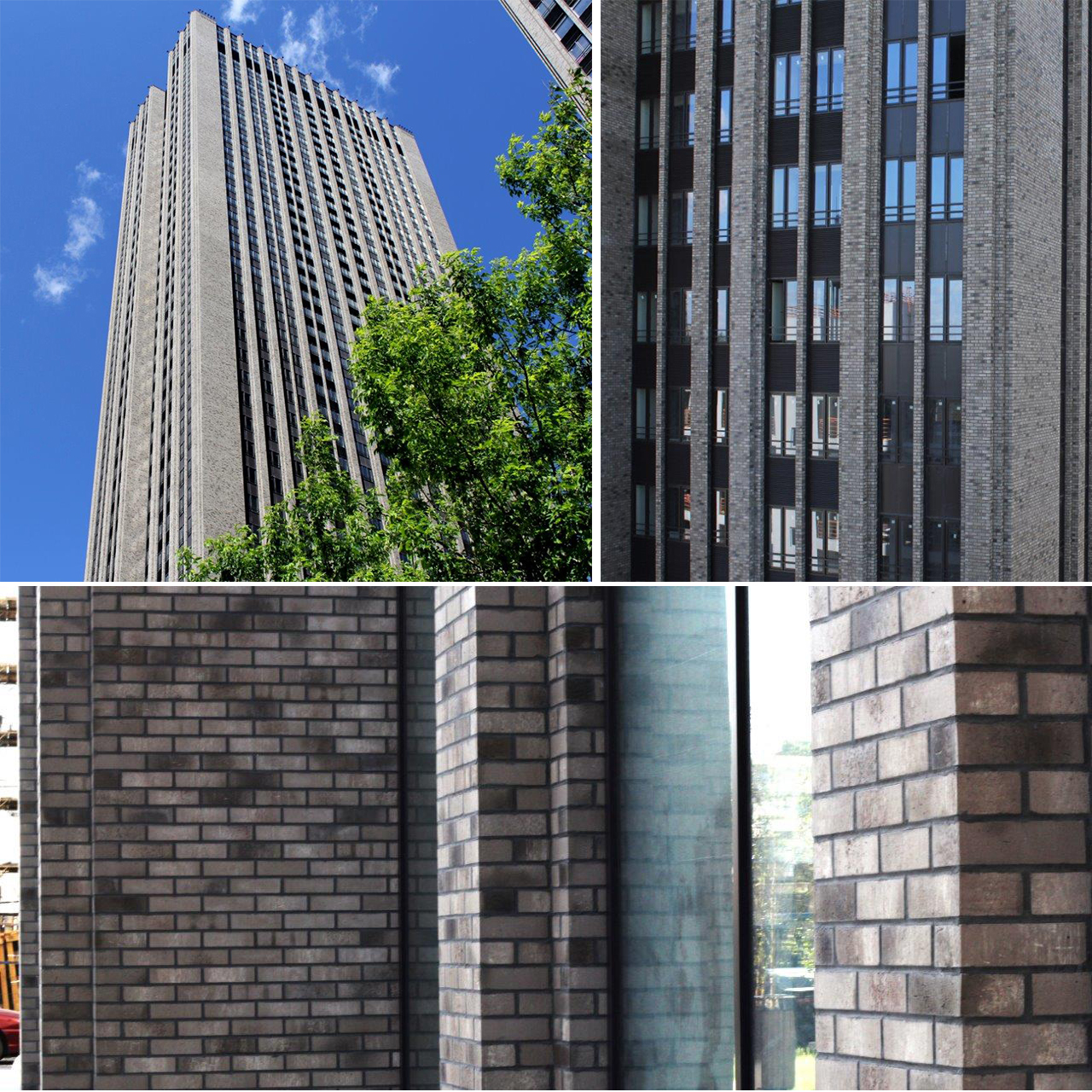 "The vertical line in combination with the horizontal generates a sound," one of the quotes of Vasily Kandinsky, which probably inspired the architects of the Aedas bureau.

Strict geometric shapes and softening curves create a composite rhythm of the facade of the Kandinsky Residential Complex in Yekaterinburg, Russia.

The first floors of the building are covered with black natural granite with concealed fixing with Keil anchors by NordFox MLV-v-20 subsystem.

The facade of the residential part of "Kandinsky" is made of white fiber cement slabs, which have a concave plastic and with concealed fixing with Keil anchors by NordFox MLV-v-20 subsystem too.

The interior decoration of the balconies of the Kandinsky Residential Complex and the decoration of the windows are made using the HPL panels of FunderMax with a wood texture. HPL panels is realized with concealed fixing on self-tapping screws Duro PT with Nord Fox system.

The framing of the windows from the black composite completes the architectural composition of the facade. 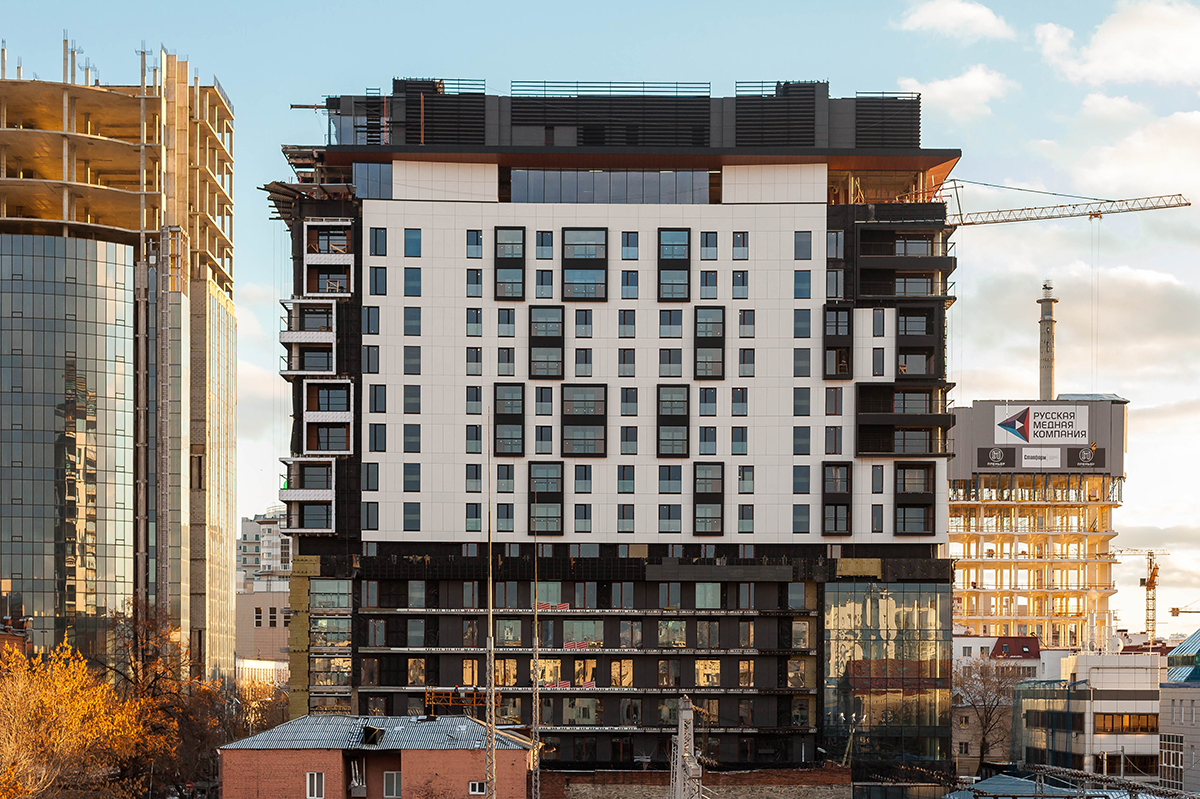 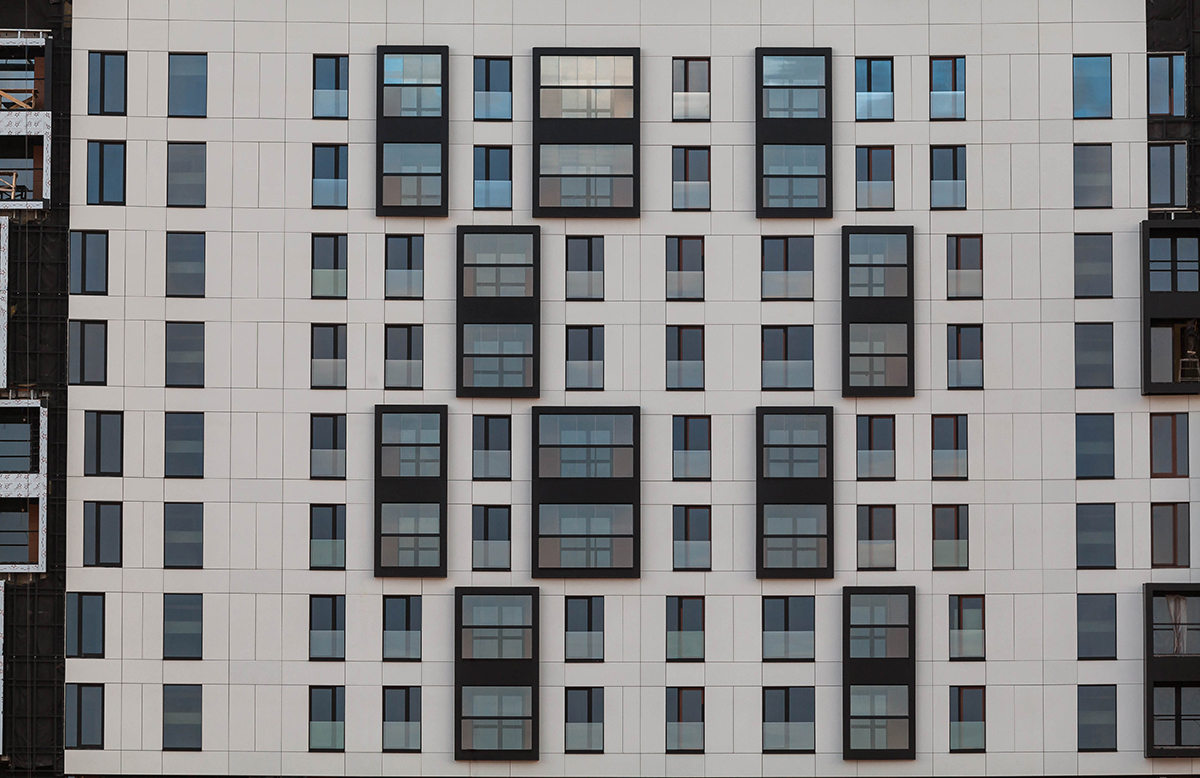 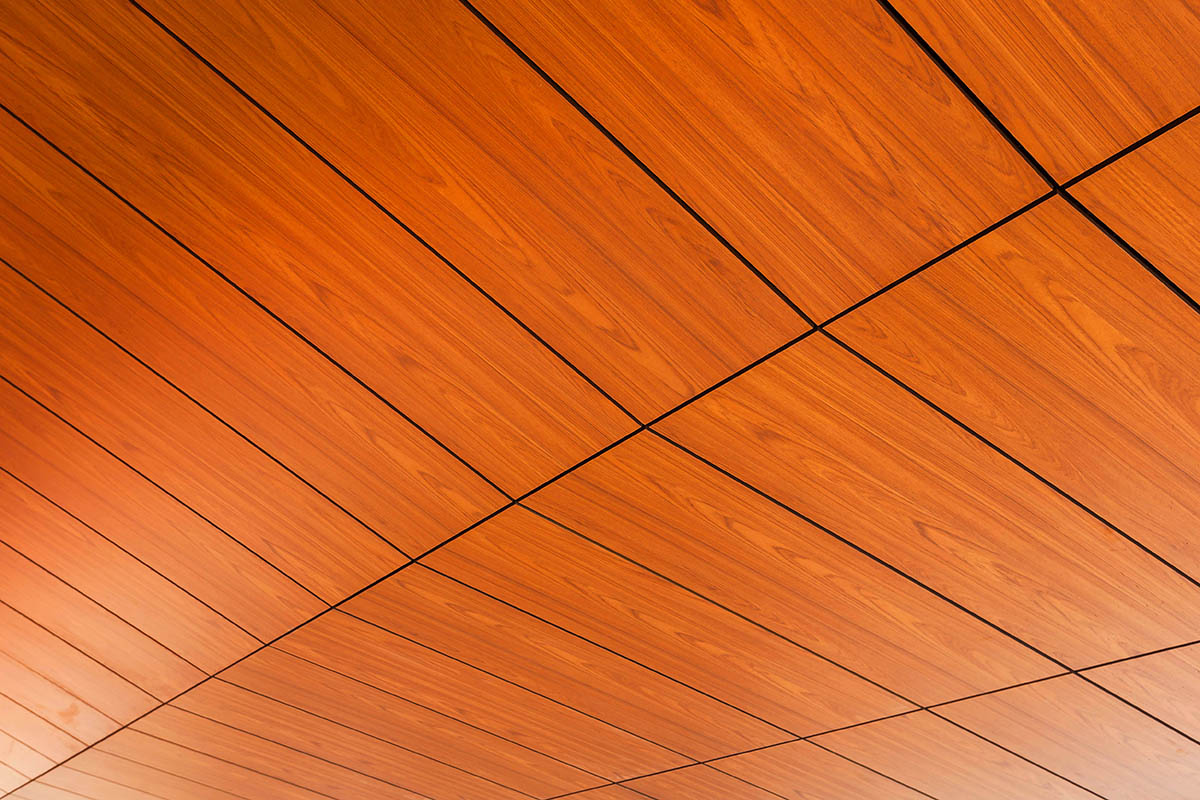 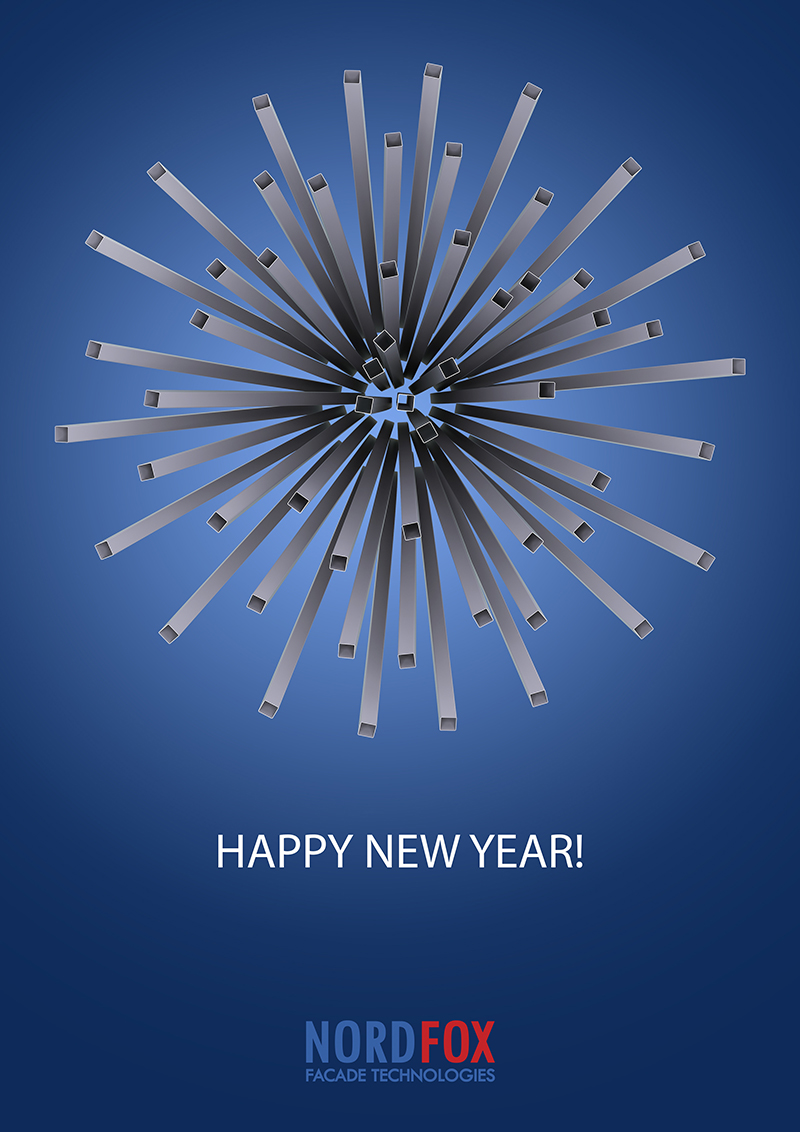 Work continues on the reconstruction of the buildings of the Baltic Federal University. Kant 6 June 2016 г.

It is now the reconstruction of the building housing number 1 BFU them. Kant. The facade is made using terracotta panels and fiber cement panels on the subsystem NordFox MTC-v-350 and MTA-v-100.
The New Face of the University looks modern and fits into the unique architecture of Kaliningrad.
So looking building № 1 BFU them. Kant before reconstruction:

And this is how the building looks today: 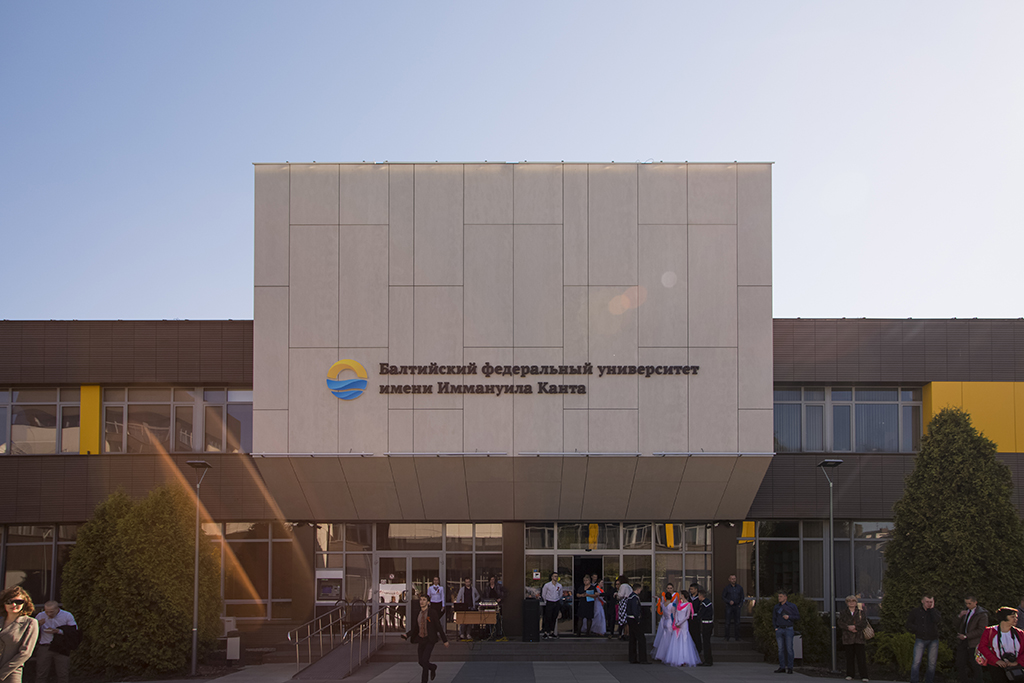